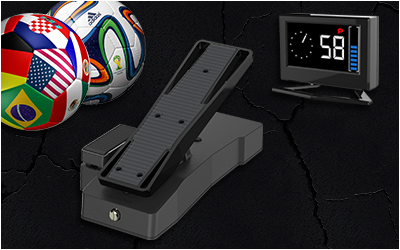 The Venom-P is the world first kicking force controller invented and manufactured by Tuact for soccer game player. 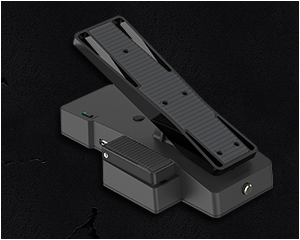 Traditionally in a soccer game, such as FIFA and Pro Evolution Soccer, the kicking force is

for certain amount of time. However, the player may not be able to make the shot consistently

accurate since the timing is rather hard to control, although experienced players can minimize

the error. Venom-P turns the control from player’s hand to his foot, it frees player's hand from

holding and generates timed button signal to console according to the foot pedal angle.

From ergonomics point of view, muscle positioning can be much more accurate and natural than the estimation based timing, especially it could be

much better on variable period of time control. Remembering foot pedal angle could be much easier and consistent than keep holding button either,

that’s the benefit that the Venom-P can improve ball passing and kicking performance, player then is able to focus on the next action after a

quick press without the need to focus on timing. Venom-P digitalizes the kicking force power bar into percentage, the player could then do the

Venom-P system includes 2 devices - Foot pedal and LCD Display. User plugs his original controller to the Venom-P pedal and then connect the pedal

to the game host, it generates the kicking button timing signal and passes through the other button data. Player then can play with his controller as usual.

When player like to kick or pass the ball, the kick power is pre-set by foot prior to press kick button, meanwhile the LCD display tells the power level. 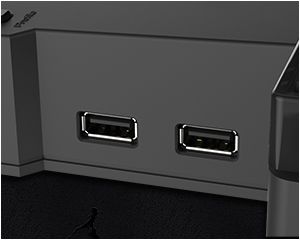 There are an extra USB port on Venom-P allow user to join his own keyboard into the game play.

This is very important feature that meet the need of many players who favorites keyboard playing. 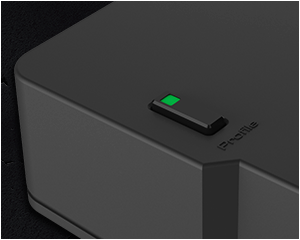 There are 6 profiles for each console platform to switch the game profile on the fly.

the LED color, indicates each of the game profile pre-stored in the memory.

The timing of place kicking in game is different from the running kicking, Venom-P has a foot switch to set the Place kick mode, and the display

would indicate this mode with a "P" symble.  Both the pedal and foot switch top are covered by soften rubber pad for comfortable sitting. 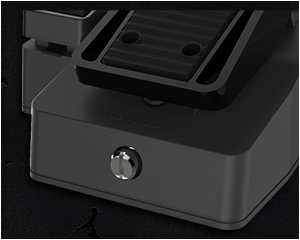 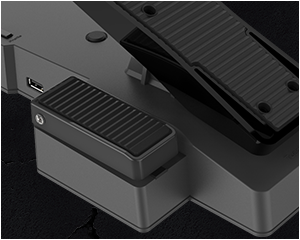 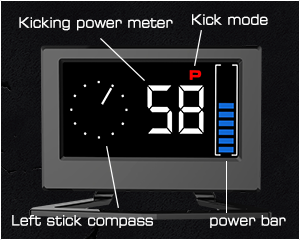 Venom-P comes with a LCD display, the display tells how much kicking force will be sent to

game host by a power percentage meter and a power bar. The display can be used for training, as well

as real-time monitoring of the pedal position during the game play.

train him to make accurate ball kick and pass, The Left stick compass on LCD display shows the direction 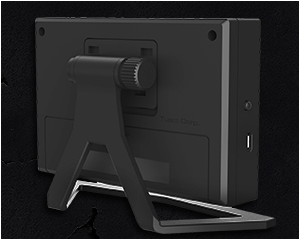 Venom-P supports all the 5 most popular game platforms - PS3, PS4, XBox360, XBoxOne and PC, user could play with it on all the major gaming hosts.

This below is the list of Venom-P supported system:

Tuact pre-stored 3 most popular soccer game profiles to each platform at factory, it is not necessary to setup Venom-P when open the box until

The Setup software is also used for firmware upgrade.

- Combination of game pad and keyboard

- On PC platform, there are two mode to play: Keyboard mode or joystick mode

- 6 programmable game profile selectable on the fly on each platform.

- Ability to use player's own keyboard

- Firmware of both pedal and LCD display are upgradeable

- Green Setup software, no need to install it.

game when it moves lot.

Tuact has made the "Cable Holder package" for PS4 and Xbox One player, it hold the cable on controller USB port firmly so that user would

not be worry about the cable connection lose or replacing cable anymore. Check the product page for more details.

We Change the Game